What's the Future of Wearables? How Retailers Should Jump on the Wearable Technology Revolution

Wearable technology may be niche now, but it offers big opportunities for retailers to improve customer experience and boost sales conversions. Here’s why it must be taken seriously NOW. 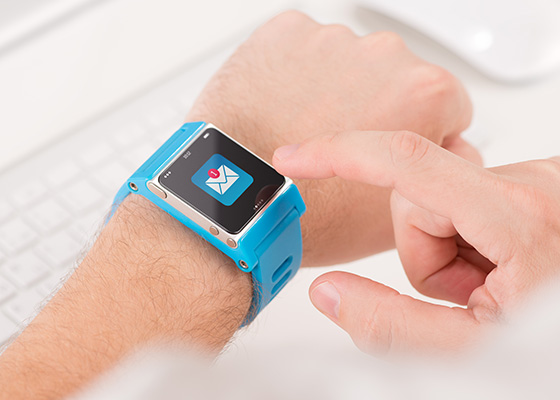 Wearable technology; perhaps two words no one would have imagined sitting together a few years ago. But wearable technology is increasingly showing its potential in the retail environment and big name retailers are already taking advantage.

Those who haven’t even begun to consider the potential of connected consumer devices such as smart watches and the likes of Google Glass - as well as other future connected devices such as smart clothing - stand to lose out big time. Juniper Research predicts that wearable technology will represent a US$19 billion (roughly £12 billion) industry by 2018.

Google industry retail head John Gillan said in September 2014 that while wearables have some way to go before really taking off with consumers, the potential they offer already - particularly for retailers - is huge (as reported by Retail Week). “They give you niche data that allow you to speak to customers better than ever before,” he said.

The future is wearable

Wide scale use of wearable technology by consumers may not be here yet, but it’s coming. A survey by IGD in November 2014 revealed that more than four in ten (43%) shoppers said they could envisage using wearable devices such as smart glasses and smart watches in the future to shop for food and groceries. Six in ten (62%) said they would be interested in getting special offers in-store sent to their wearable device. The fact that such devices are even more visible to the consumer than their smartphone offers huge potential for brand visibility and the ability to build in greater functionality.

The most recent addition to the wearable technology stable, following Google Glass and a number of smart watch devices, has been one of the most eagerly awaited. The Apple Watch features in-store navigation that will include a technology called haptics – a technology that will make the shopper’s watch vibrate when they are close to the item they are after - improving both the customer experience and the likelihood of a sale.

Many are already embracing wearables for value added services. In December 2014, it was revealed that Yves Saint Laurent is using Google Glass to film make-up tutorials of customers in-store. These are then emailed to the customer, along with product suggestions and supporting material, for a £30 charge which is redeemable against product purchases - offering a huge sales generator for customers wanting to replicate the in-store beauty experience.

Tesco just announced a free Google Glass download for customers - which allows you to add items to your online basket by scanning the barcodes in your fridge or using spoken commands. The supermarket’s chief information officer Mike McNamara has already highlighted the potential of wearable technology for staff saying that intelligent watches, intelligent badges and intelligent clothes could be used in-store within the next five years. The retailer already has the technology in use with some staff using smart watches to deal with stock control.

At the time of going to press, Google announced that it has stopped sales of Google Glass to focus on “future versions”. Google is still committed to all existing developments; so companies such as Tesco and Yves Saint Laurent will still benefit from their early investment in the glasses.

Similarly, retailers are also using Google Cardboard - the company’s low cost virtual reality wearable device - to enhance the customer experience and ultimately persuade shoppers to buy. Virgin Holidays is using the technology in its stores to allow customers to take virtual tours of holiday destinations while John Lewis used the technology within its 2014 in-store Christmas advertising campaign. Children were able to enter a virtual world and interact with the ad’s stars Monty and Sam.

With big names such as Tesco and John Lewis already embracing wearable technology, can you afford not to consider its opportunities? Like the once humble mobile phone, the potential applications are huge. Wearable technology is, it seems, most definitely not a case of the Emperor’s New Clothes.

Google’s announcement that it is focusing on “future versions” of Google Glass shows just how quickly wearable technology is evolving.

Wearables are just one channel. Discover other technological ways to advance your business by downloading: Grow your business to survive: how to compete in an omni-channel world